“Don’t freak out, but there are two huge hammerhead sharks right below us.”

My guide Jens’ attempt at having me “not freak out” over the two carnivorous beasts that are 10 feet away from my juicy calves only leads me to begin shrieking and jumping on his back. Soon, though, the sharks are gone, and nobody has been eaten.

“Sharks prefer sea lions and fish to people,” Jens explains. “They’ll only go for you if they’re confused.”

Our first stop is Isla Lobos. The site features a small but pristine island, and a protected channel known for its plethora of sea lions. Here, the visibility is amazing, as you could see every fish, sea turtle and sea iguana very clearly – almost too clearly.

I laugh, turning to tap my friend on the shoulder to tell her, just as she performs a very acrobatic flip out of the water. That’s when I realize it isn’t my friend, but a baby sea lion trying to play a game with me. Two minutes later, three of its friends join in. On land, blue-footed boobies, pelicans and frigate-birds abound. It’s amazing to look at the whole picture at once, as the marine and bird life seem to dance together on one stage.

Our next stop is Kicker Rock, a massive rock formation rising 500 feet out of the water and taking on the appearance of a león dormido, or sleeping lion. It’s also the site of my shark encounter. The guide tells me that sometimes there are almost 100 sharks, so only encountering six for the day isn’t a lot. As I’m used to encountering zero, I beg to differ; however, the Galapagos sharks, blacktip sharks, white tip sharks and hammerheads that reside near Kicker Rock, while large in size, are virtually harmless to humans.

That knowledge does nothing, however, to keep my blood from running cold every time one comes within 10 feet of me. Once we leave Kicker Rock, however, I realize how lucky I am to have had such a unique experience. And, along with the sharks, the Chocolate Chip starfish, sea turtles and an array of tropical fish and colorful corals remind me I’m in one of the most beautiful and ecologically diverse places in the world.

For lunch we make a stop at the serene beach of Puerto Grande. The food is great, a huge helping of rice with tender chunks of beef. Once we’ve digested a bit, the group descends into the warm, clear water and makes our way to the beach for a short informational hike. The beach is covered in hermit crabs, diverse pieces of shell and perfect white sand. Apparently, the sand gets its color from the chunks of white coral that lay upon the beach.

我们做一个停在岩石一会儿铁道部e snorkeling and diving – and more shark encounters – before heading back home. As I lay on the bow of the boat, bathing in the last of the day’s sunlight, I hear a loud splash in front of me. Looking up, a breaching whale jumps out of the water, and I slowly watch its tail sink back below. This place really is unlike any other on Earth.

Travel Tip:If visiting the Galapagos Islands and interested in doing this tour, it was given byDive Surf Club, although you can book through any agency as the whole island works together. The guides are hysterical, fun and have a lot of knowledge. It’s $50 to snorkel and $120 to dive, including naturalist guides, dive instructors, snacks, drinks and lunch.

Hi, I’m Jessie on a journey!

Turn Your Travel Blog Into A Profitable Business

Welcome to my little slice of the web. Here’s my story: after graduating with a BA/MA in Communication I decided the 9-to-5 wasn’t for me. I left office walls and two-week vacations behind in 2011 to pursue the world and a career in traveling blogging. 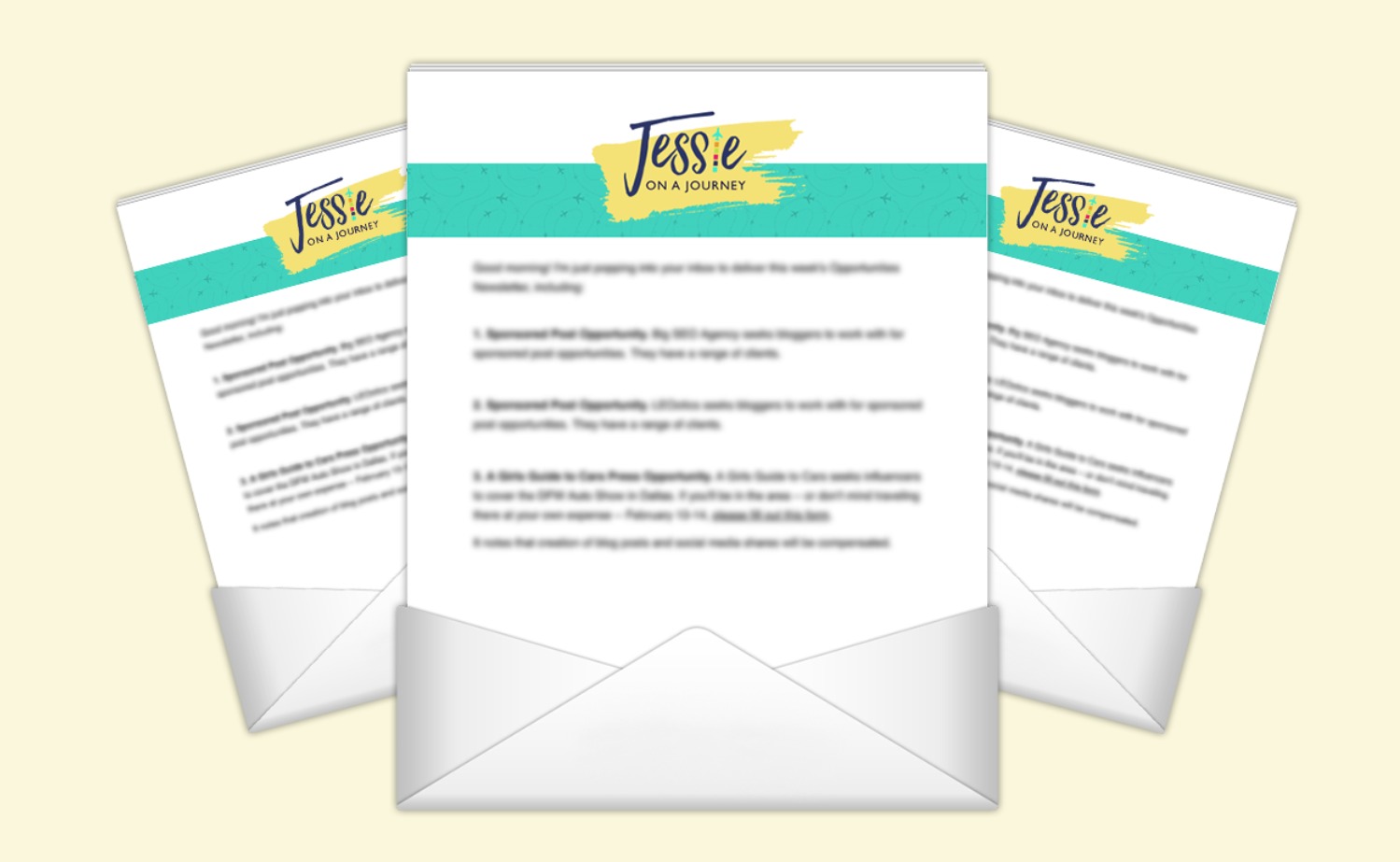 Enter your name + email below to subscribe to my email list and grab your seat inside the free e-course that will show you how, step-by-step! //隐私政策。

Now before you go, I've got a couple action items for you to complete to prepare you for the makeover challenge:

It will also be sent to you in your challenge welcome email.

2. Make sure tofollow me on Instagram (@jessieonajourney), as this is where our discussions will take place.

Comment each day, and you'll automatically receive a *FREE* copy of my "41 Clever Tactics For Monetizing Your Travel Blog" checklist after the challenge!

3. Add[电子邮件保护]to your address book so the challenge emails go to your inbox (and not spam!).

What type of hiker are you?